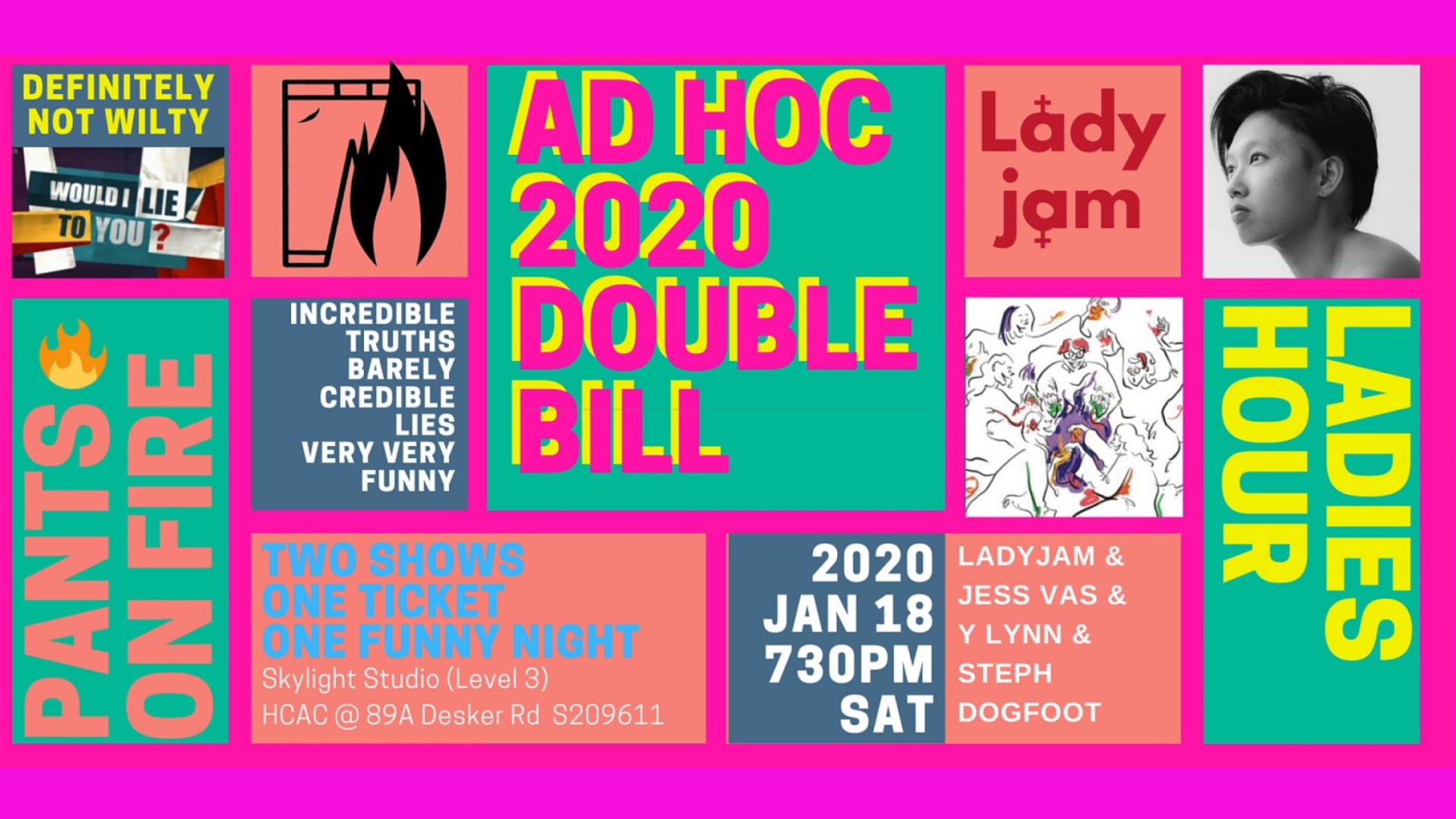 The Double Bill opens with an hour of excellent improv by the best female improvisers in Singapore. Starting first are improv Ladyjammers – Grace, Kayla, Umarani, Su Phine and Yun Qing – bringing a blockbuster surprise, followed by brilliant Steph Chan whose standup will leave you in stitches! Ending the hour is our improv duo: incredible Jess Vas ( Two to Tango, Third Culture Blind ) and fan favourite, Y Lynn ( Feminine Mystique ), back from the UK for one night only!

Mirroring the UK’s ‘Would I Lie to You’, two pan-improv community teams will face-off as they try to guess if the other is telling truths or lies. It’ll be a hilarious battle of wits as panellists struggle to distinguish moments of honesty from rants of yarn-spinning!